Compatriot Larry Cornwell was the speaker and presented a program on “The Revolutionary Soldier.”  He was  in full uniform as he explained the various aspects of the uniform. 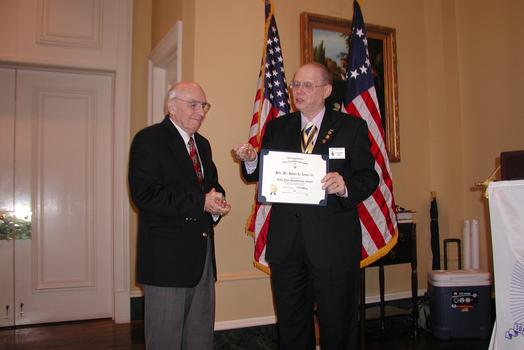 Josiah Reed was presented his 65 Year Membership pin and certificate. 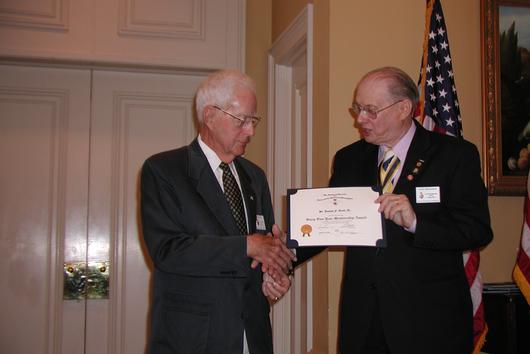 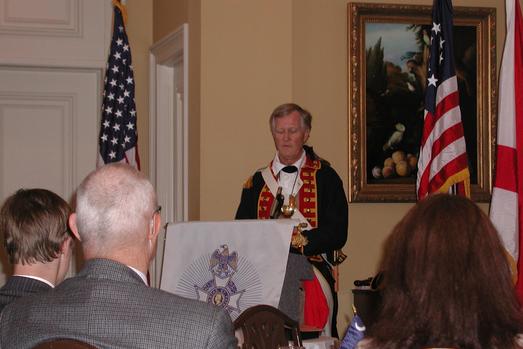 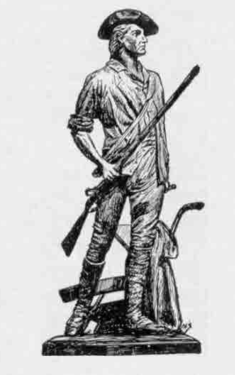 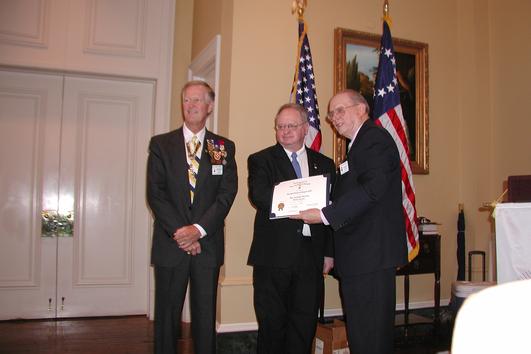 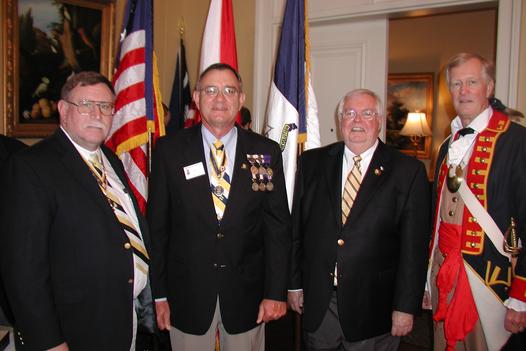 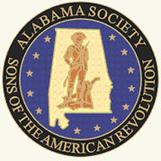 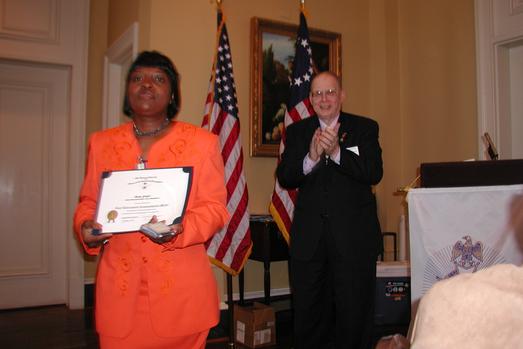 Our speaker was Peter Reese Doyle, who spoke on “Samuel Adams and Resistance to Tyranny." 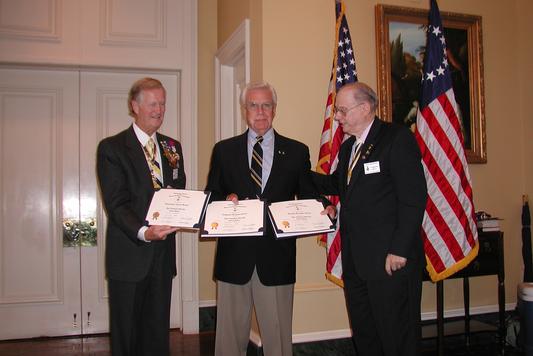 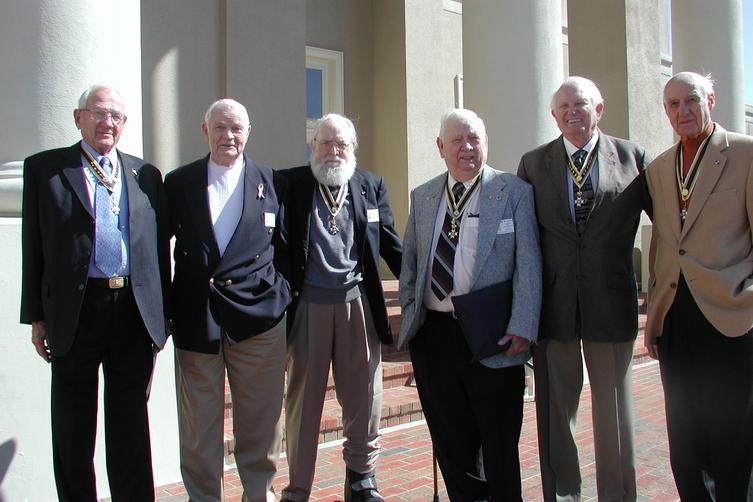 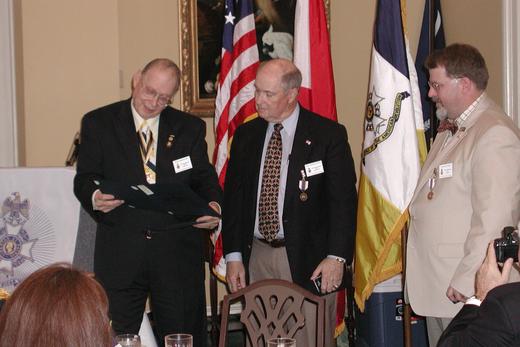 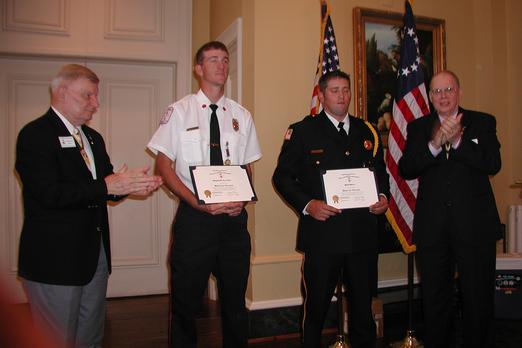 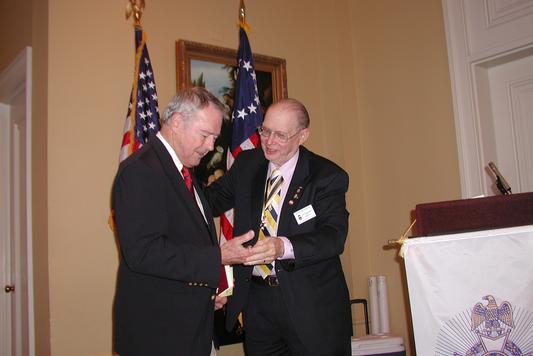 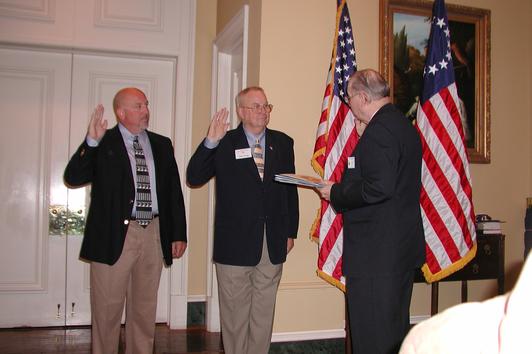 Henry Lyon was presented his 50 Year Membership pin and certificate.

Douglas Brower Cairns were inducted, along with two of Mr. Cairns’ grandsons, Christopher Cairns Brown, and his brother.